UBC Researcher of the Year for 2012, Philip Ainslie

Philip Ainslie, Canada Research Chair in Cerebrovascular Function in Health and Disease and associate professor in the School of Health and Exercise Sciences, has been named Researcher of the Year at UBC’s Okanagan campus.

Ainslie is principal investigator of a research expedition that will see 25 scientists from around the globe, along with UBC students, travel to Mount Everest next month. The six-week research foray to the Pyramid Laboratory near Everest Base camp – five years in the planning – will conduct a series of experiments to measure oxygen deprivation and blood flow through the heart, lungs and brain at high altitudes.

A significant number of Canadians die from, or live with, diseases that are directly or indirectly caused by improper blood flow to the brain. Health implications range from stroke to death and Ainslie’s research aims to reduce risk and improve prevention.

“Philip Ainslie is a dedicated researcher,” says Miriam Grant, dean of research and vice provost for UBC’s Okanagan campus. “He is an acknowledged leader in cerebral vascular physiology whose research is answering fundamental questions about human physiology, and advancing our knowledge about an array of chronic health conditions.”

Since completing his PhD in 2002, Ainslie has authored a book, published more than 100 peer-reviewed publications, 10 major book chapters and has successfully supervised 27 post-graduate students. Ainslie has attracted more than $3 million in research grants, $1.6 million of that since joining UBC in 2009.

“Professor Ainslie is a respected mentor to his students and much sought-after collaborator with faculty at UBC and among colleagues around the world,” says Grant.

The focus of Ainslie’s research is directed towards the integrated mechanisms regulating human cerebral blood flow in health and disease. Basically, he studies how blood flows to the brain in a variety of clinical populations: healthy adults, children, seniors, and those affected by specific health issues like heart disease, sleep apnea, dementia and stroke.

Ainslie was presented with the award as Researcher of the Year at a special campus gala and reception Friday. The award consists of a $5,000 cash prize.

With UBC’s Celebrate Research Week drawing to a close, Provost Wesley Pue noted that more than $10 million in research grants and other funding have been awarded to faculty and students, supporting more than 300 research initiatives at UBC’s Okanagan campus.

“Whether it is basic investigation in the sciences or arts, or developing applied solutions to meet the needs of society, research is a central component of UBC’s mandate as a public university,” says Pue. 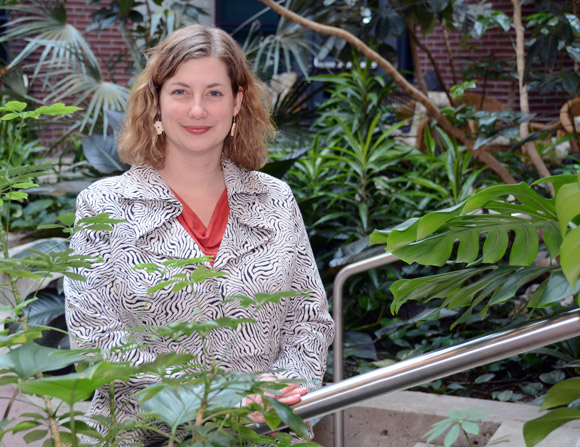 This year marks the fourth annual Provost’s Award for Public Education Through Media.

Christine Schreyer, an assistant professor of anthropology with the Irving K. Barber School of Arts and Sciences, was honoured with the Public Education through Media Award for outstanding service to the university and community by sharing her research expertise through innovative and creative ways via the news media. The award carries a $2,000 stipend.

The results of her research gained considerable mainstream media attention across Canada – and in the U.S. Linguist Paul Frommer, who created the Na’vi language, cited Schreyer and UBC in interviews on U.S. National Public Radio.

In another project, one of Schreyer’s classes studied dying and endangered indigenous languages, both in Canada and around the world.  Several of her students took to the Internet to talk about and raise awareness of tongues that are disappearing. Students studied some of these languages, blogged about them with others, and essentially found that their social media efforts are working to keep the dialects alive for future generations.

Schreyer also works with First Nations groups in B.C. and Canada on language issues such as language maintenance and revitalization of endangered languages.

“Part of our mission as a university is the transfer of knowledge to the broader community,” says Bud Mortenson, acting director of University Relations. “Christine Schreyer’s uses of social and mainstream media are vivid examples of how academic researchers are sharing what they learn so people can gain a better understanding of the world around us.”

The research gala also recognized a number of students who took part in UBC’s first-ever Research Rodeo. These were competitions for undergrad and graduate students where entrants had three minutes to deliver the best pitch about their research projects. 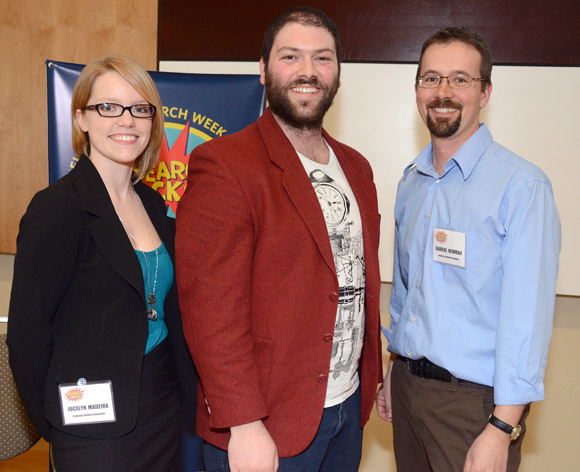 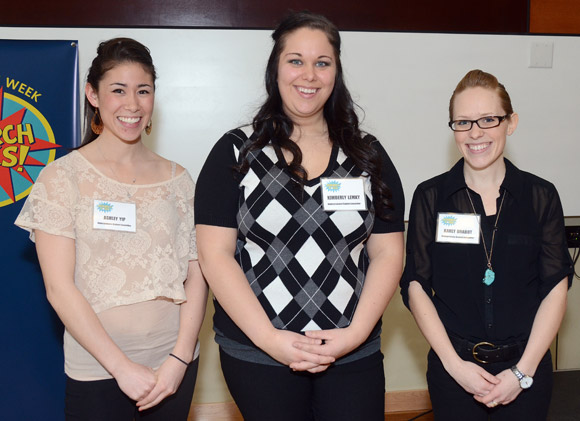